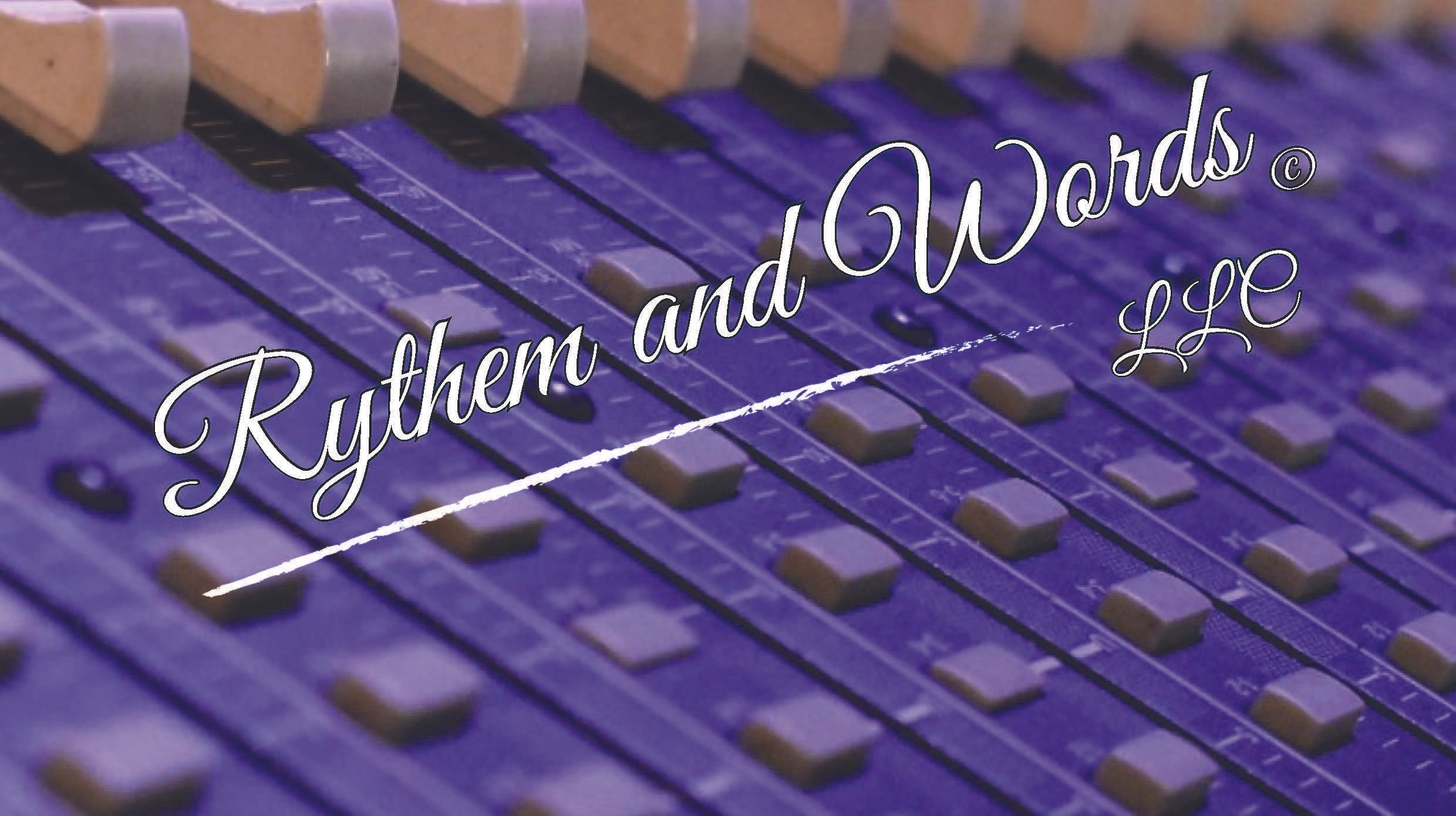 Also FROM THE HOUSE of MUSIC music

Rythem and words was formed and launched in 1995.

After years of producing and being a studio guitarist, I decided to form Rythem and Words.

The name based on the philosophy taught to me by early mentors "Richard And Bobby Poindexter."

“The rhythm is in the melody and the story is in the words”to this day that’s what I look for and,

that’s what I aim for when listening, writing, and producing a song.

I feel a rhythmic melody and a real story are the basic elements of building a hit.

Originally based in Harlem I moved to Queens New York where I produced E.p.s on local artist spanning the mid 90’s to early 2000 just before 911.

Most of our clients were and are vocalist. I sort of lean that way naturally because,

a band arranger for  many groups just for fun and the love of music in general.

Rythem and Words is a music family. Our goal is to make and market music for the masses. With roots beginning in soul music we’ve worked in pop, jazz, rock, reggae, etc. We use the experience we’ve gained from recording, writing and producing for more than forty years and we apply that sweet science to the music of today, thus creating the music of tomorrow.

Guitarist, Vocalist, Writer, Composer, Arranger, Executive Producer and owner or Rythem and Words Productions. Since my first gig at 12 years old, I’ve been performing and working in the music industry.

I’ve been the primary session guitarist for many producers in New York City, also a band leader a band member and a guitarist for hire for more groups than I can remember. I’ve been writing and producing since 1978 working out of the "Platinum Factory," "Unique studios," worked with "Herb Abramson "at "A1 sound studio NY".,worked with "Raymond Chew" "Right Track studios " and of course Rythem and Words studios.

Music started for me while listening to my mother singing Billie Holiday tunes while washing dishes. Moms love for music rubbed off on me and because of that blessing I’ve studied every thing from "James Brown"to "Burt Bacharach",  "Gamble and Huff" to the arrangements of "Fletcher Henderson."

My goal is to open hearts, open eyes and give love through music.

Concentration: Building the song around the artist not just fitting a vocal to a track.

We help the artist bring the songs to them self..